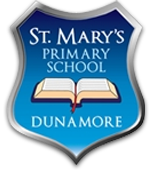 To God Through Mary .....Do Dhia Trí Mhuire

P7 Trip to the Trout Hatchery

During our time at the Hatchery the P7 pupils helped Lisa and Frank fertilize some eggs, which they then looked after for a period of time.

On February 21st, some trout eggs were brought into the classroom and the P7 pupils had to look after the eggs (in a special fridge) until they hatched into little alevin and then fry.